Fat Shaming Causes Disease… But It Doesn’t Have To 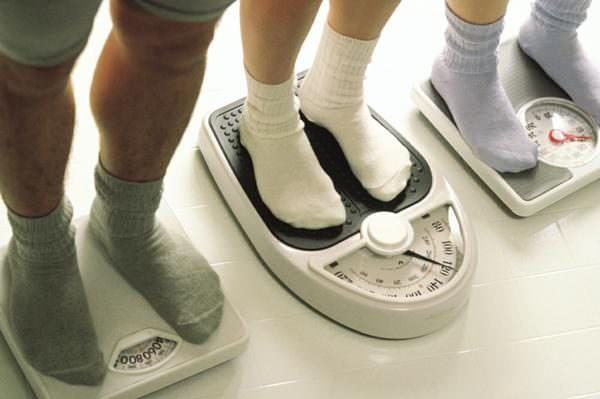 And why is there fat shaming in the first place?

As I will go over below, there is an incredible wealth of medical research showing that having a higher BMI is actually advantageous to longevity, so there really is no need for our society to have an obesity bias to start with!

Certainly dropping this attitude and reducing the internalized stress associated with weight will decrease diabetes risk, heart disease risk and the rate of metabolic disease in general, as shown in this study published Jan 26, 2017 in Obesity.

These results show it is not the weight itself, but rather the stress that our society places on larger sized individuals and their internalization of that stress, that increases the risk of metabolic syndrome and puts them at higher cardiovascular risk than they would otherwise have.

This is totally unnecessary.

If the stress of being overweight was reduced, so would the disease burden.

And not only that, but having a larger Body Mass Index (BMI) has been shown to actually be advantageous to longevity, allowing folks to survive everything from life threatening infections to some forms of cancer better than counterparts with a lower BMI.

And now an even more recent study reveals that older people in excellent physical health — called the “well-derly” — actually have higher smoking rates and higher BMI’s than expected. 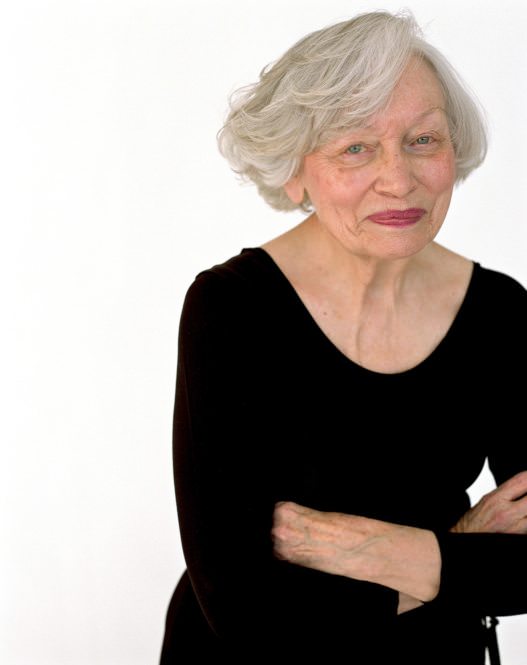 That’s right — a study (presented March 3, 2017 at the 10th Future of Genomic Medicine Conference) focusing specifically on people 80 years old and older who are free of all common chronic diseases and in excellent health…

…found that they smoked more than the general public and that many had higher BMIs as well!

Hallelujah — finally a medical study trying to figure out what people do *right* to preserve excellent health for a lifetime, instead of looking at what they are doing wrong.

When you turn it around to look at survival and why some folks are disease free well into their ninth decade of life and beyond, you get some very interesting and important answers.

Part of an ongoing study called the Healthspan Project (which I will absolutely keep you updated on because I am all about positive, uplifting health guidance!) researchers looked at healthy elders and analyzed them for genetic markers of disease.

What they found is that the elderly who were healthy had the exact same rates of genetic markers that would predict disease as the rest of the population.

In other words, it’s not that the “well-derly” didn’t have BRCA mutations and other genetic markers of disease, but in fact, they have the same genetic mutations at the same rate as the general population are just are not actually manifesting disease expression.

Studies like these are so important, because it’s not just longevity but actually healthspan — how long someone lives in optimal health — that give us the most important clues on how to support our innate health potential.

This study showed that healthy elderly participants had the same rates of genetic risk factors for diabetes, cancers and stroke as the general population, yet remained disease free.

And when looking at why, the results were just as surprising, because when compared with the general population, the smoking rates were actually higher for men (61% smokers as opposed to 54% in general population) and equivalent for women (42% vs 43%.) 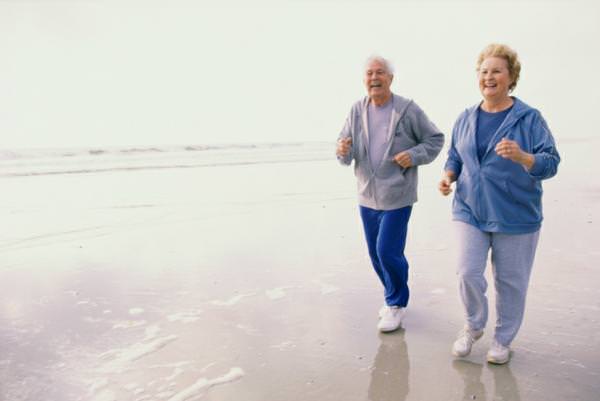 The well-derly did exercise more (67% exercised compared to 44% of the general population) but their BMI was not uniformly lower — there were many wellderly with a BMI of 30 kg/m2 or higher.

…allowing folks to survive everything from life threatening infections to some forms of cancer… better than counterparts with a lower BMI.

They found that obesity actually predicted improved survival in metastatic cancer… improving both the progression free survival rate and the over all survival rate!

Researchers looked at over 1,900 patients from the International Metastatic Renal Cell Carcinoma Database Consortium and another 4,600 + patients from kidney cancer clinical trials over a ten year period… from 2003 to 2013 (over 6,500 patients total!) Patients in the higher BMI category survived approximately 38% longer and had longer remissions than those with lower BMIs. Surviving almost 40% longer, especially with metastatic cancer, is a very big deal. Stage 4 (metastatic) renal cancer carries a 5 year survival rate of only 8%. Extending survival by up to 40% is more than any single chemotheraputic agent has ever been able to do with this disease.

The fact that obese patients have better outcomes in metastatic cancer is a real thing â€” these studies have large patient numbers, are reproducible in different cohorts, and are statistically significant.

Of course, anything that shows there is a WIDE diversity to what is considered a â€œhealthy weightâ€ is totally hidden by the media.

That makes sense, as the weight loss industry is a 20 BILLION dollar industry IN THE UNITED STATES ALONE!!! So, of course the media wouldn’t want you to actually feel good about your current weight or feel there was any advantage in the slightest to having a higher BMI.

But the truth is, this isn’t the only medical study to show survival advantages in having a higher body mass index.

The researchers looked at the date of over 1,400 elderly people hospitalized with severe sepsis (requiring ICU care) and compared their body mass index (BMI) with clinical outcome 1 year after discharge.

Obesity seems to have a survival advantage in advanced age, trauma, and serious illness…

…and even in metastatic cancer.

Researchers further acknowledge that â€œsmall excess amounts of adipose tissue may provide needed energy reserves during acute catabolic illnesses, have beneficial mechanical effects with some types of traumatic injuries, and convey other salutary effects that need to be investigated.â€

Because here is another medical study you are unlikely to have heard about, but it is true. 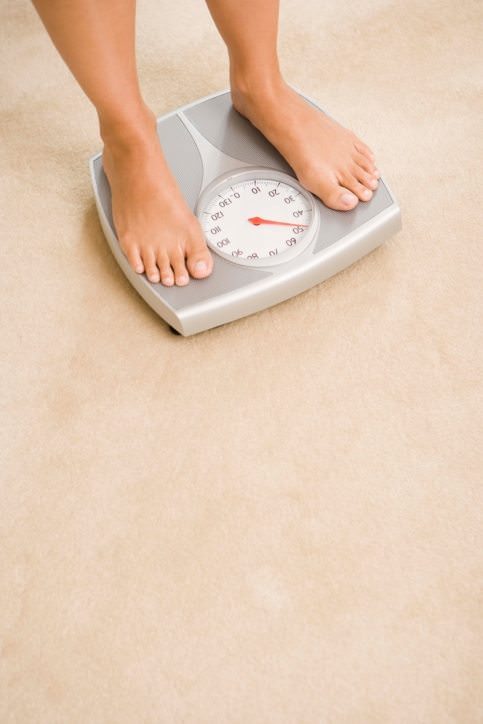 After looking at data on almost 3 MILLION people, researchers found that if you are overweight you actually have LESS over all risk for dying then someone in the â€œnormalâ€ weight category.

And even if you are mildly obese, up to BMI of 35%, you have a death rate that is exactly the same as people in the â€œideal weightâ€ category (check out the chart below to figure out where you fall.) Only severe obesity was associated with an increased risk for death.

This study was a meta-analysis of 97 different published studies that included more than 2.88 million participants.

Only participants who had a BMI of 35 kg/m2 or HIGHER (significantly into the pink zone on the chart below) had significantly higher mortality rates:

So… if losing those last 10 pounds isn’t actually going to help you live longer… what defines your â€œideal weightâ€?

What defines your ideal weight is how you *feel* wearing the body you wear each day:

your capacity to get around,

and to enjoy the things you want to enjoy each day.

The take home message here is that if you are told you are overweight, this does not mean you should be focusing on losing weight.

The real focus should ALWAYS BE on feeling as healthy and vibrant as possible.

This means focusing on muscle tone.

On restorative sleep at night.

On quality time with loved ones. 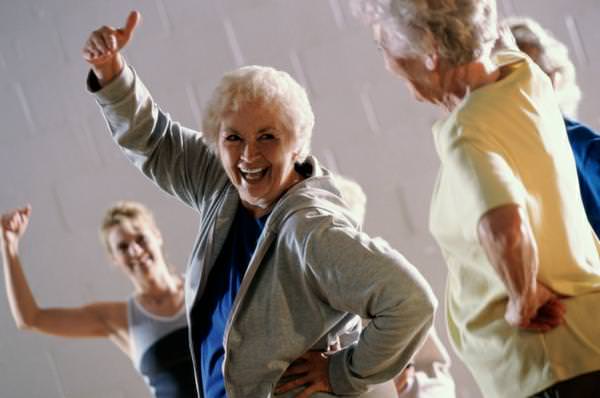 …and now you have the science to back that up.