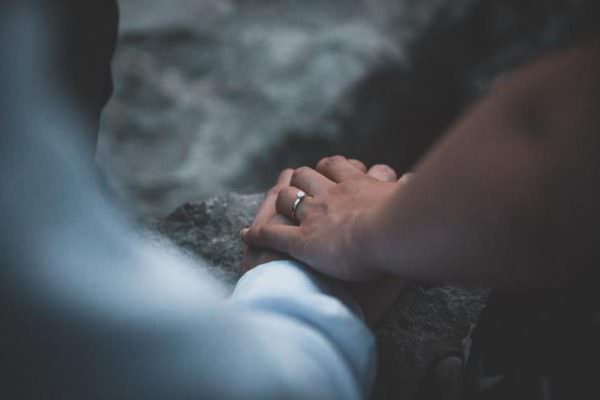 –dropping in half from what there were just decades ago.

And then… of course… tell you exactly what you can do to protect and enhance your fertility! Holistically! 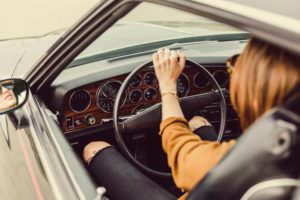 Flame retardants are found almost everywhere… from saturating your mattress at night to being used in the manufacturing of bedding, upholstery, clothing, car seats… even your nail polish. These organophosphate flame retardants are around us day and night, and new research suggests that women who have high concentrations of these flame retardants in their urine have a decrease in their fertility — having difficulty getting pregnant and being less likely to carry a baby to term.

This is the first study (published in Environmental Health Perspectives in August 2017) that examines the impact of organophosphate flame retardants on fertility:

All patients in this study had measurable amounts of common flame retardants in their urine, but women with the highest concentration were:

Everyone ingests and breathes in flame retardants daily, as they are not chemically bound to the product they are added to and they are continuously released into the air and coat anything that comes in contact with products using flame retardants…

…which means these chemicals are constantly on our body, hands and face as you pick up food to eat, touch your face with your hands, unwrap your straw to drink through.

Wash your hands before you eat, even if your hands are not *dirty* — they are likely containing trace amounts of flame retardants on them which you will eat right along with your meal. 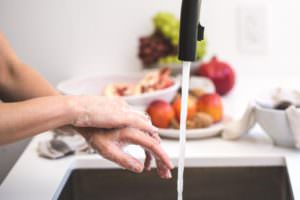 Washing your hands isn’t only useful for preventing the spread of disease, it’s crucial for keeping these pervasive chemicals off our hands and out of our bodies.

It’s also important for us to identify safer flame retardants to use on furniture and in clothing and bedding… but while alternative flame retardants are being investigated, try to find mattresses (I like Savvy Rest) and organic clothing (like Blue Canoe) that don’t use flame retardants, and wash your hands often, particularly before eating.

Sperm counts have fallen by an alarming rate over the past 30 years, now more than 52% lower than they were just three decades ago. 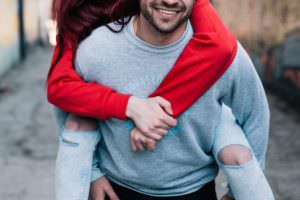 Men are making HALF the sperm they used to — and not just in the United States, but world wide.

A study (published July 2017 in Human Reproduction) followed over 42,000 men from 6 continents and more than 50 different countries and showed that sperm counts in 2011 are less than half what they were in 1973.

We know there is a considerable toxic burden on us now with the advent of endocrine disrupting pesticides and other chemicals like parabens, which are added frequently to household and personal hygiene products.

Double check ingredients on products you bring into your home, use on your body, and give to your children and grandchildren. Products with parabens in them should not be used.

Get used to reading labels, scanning them for ingredients like methylparaben, propylparaben and butylparaben — because the U.S. Food and Drug Administration has not limited the use of any of these ingredients in products sold in the United States yet.

There are tons of safer, paraben free alternatives on the market now!

Even though you can’t get away from all of the chemicals being used around you as you go about your day outside of the home, you certainly can decrease your own personal exposure by sticking to all natural, paraben free body care products, soaps, make up, sunscreens and household cleaners in your own home.

Reliance on fertility treatments to become pregnant is skyrocketing, but this is only a bandaid to the issue which is the decline of fertility of human beings world wide. As reported in the flame-retardants study on female fertility above, which was conducted in an in vitro fertility clinic, even fertility treatments are failing at alarming rates.

Using fertility treatments to get around low sperm counts is not a long term solution, because even if you can get the sperm to fertilize an egg, there is an ever lowering success rate of implantation and viable long term pregnancy leading to live birth secondary to these chemical exposures.

So wash hands, remove as many parabens and fire retardants from the home…

…what else can you do to support a healthy reproduction?

New research (presented at the 29th European College of Neuropsychopharmacology Congress on September 19, 2016) shows that the same light therapy recommendation to treat Seasonal Affective Disorder (SAD) can significantly improve sexual satisfaction in people with low testosterone after only 2 weeks of treatment!

That lightbox is really just

Testosterone levels naturally decrease in the Northern Hemisphere from November through April, when they begin to rise again throughout the summer. Pregnancy rates reflect that, with the highest conception in the summer months (peaking in June.)
In fact, as I recently blogged about here, Vitamin D from sun exposure actually boosts fertility â€” doubling the rate of implantation of an embryo and boosting the pregnancy rate from 20% up to 31%.

But why mimic mother nature when you can

just go outside and join her?

As I recently reported to you, exposure to light outdoors actually lengthens life span and is one of the healthiest things you can do each day In fact, did you know that avoiding the sun has been medically proven to actually be more deadly than heavy smoking? It’s true! And that is not even counting the health benefits if you are actually grounded outside and touching the earth, which is the other healthiest thing you can do! 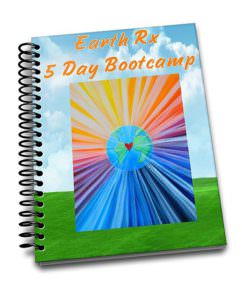 Want to learn more about that?

Sign up for my Earth Rx Online Healing Class, which runs next month!

I will answer every single thing you’ve ever wanted to know about grounding to the earth outside, and how you can use it to precisely address your specific health issue.

Grounding is protective and proactive about supporting the health of every single cell in your body (I’ll show you all the medical research that tells you exactly how and why!) and the vibrancy of your entire body as a whole… including protecting your fertility!

Getting outside isn’t just a treatment for treating the winter blues â€” it’s our natural rhythm and something our body craves to help us feel our best (and boost our fertility and reproductive drive!) no matter what the season.