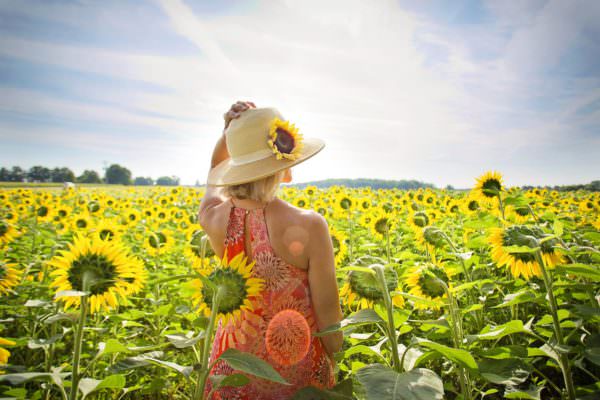 A recent medical study, published in the Journal of Internal Medicine, found that folks who avoided sun exposure actually had a shorter life span…

…with a decreased life expectancy that was shorter than even heavy smokers who bathed in the sun.

This was a huge study looked at almost 30,000 participants over a span of 20 years. Researchers tracked health outcomes and life span over two decades and found that even when smoking was factored in, the life span of those who avoided the sun was over 2 years shorter than heavy smokers who got the highest amount of sun exposure!!!

So even heavy smokers who soaked in the sun their whole life outlived non-smokers who avoided sun exposure… by years! Participants who avoided the sun had higher rates of cardiovascular disease, diabetes, multiple sclerosis, and pulmonary disease. And the results were dose-specific… meaning that the benefits of increased life expectancy with sun exposure went up directly in correlation to the amount of sun exposure.

Longer time in the sun = longer life span. That simple. 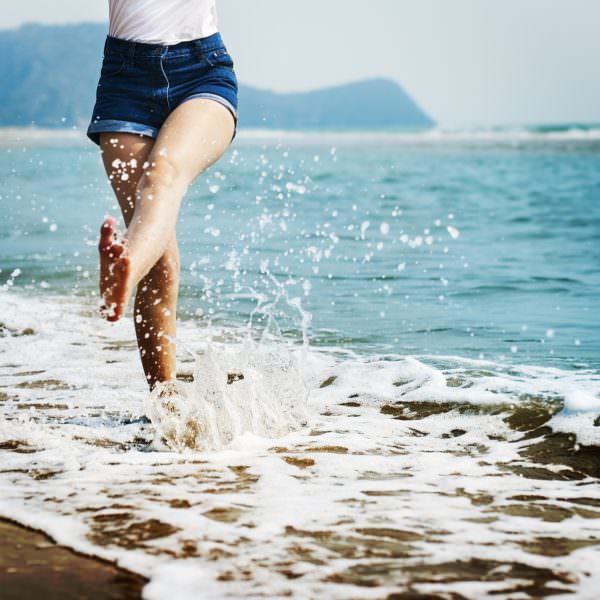 And yes, though risk of skin cancer did increase with increased sun exposure, the patients that had skin cancer occur in relation to sun exposure actually had a better long-term prognosis!

This on top of recent research revealing that melanomas that occur in patients with low Vitamin D actually have more malignantly aggressive melanoma and their prognosis is worse than those with adequate Vit D from sun exposure.

These results show that avoiding the sun is a â€œrisk factor for death of a similar magnitude as smokingâ€ â€” directly quoting the medical report.

So the verdict: under-exposure to the sun is actually dangerous.

Smoking and inactivity/prolonged sitting have long been known to be huge lifestyle indicators of poor long term health… and now we can add a third: avoiding sun exposure.

You know that I never ever ever present negative medical information without giving you tons of positive solutions!!

So you know if I am bringing it up on my blog here, then there are TONS of things you can do to make your time out in the sunshine safer for your skin, while boosting your whole-body disease prevention and prolonging your life span! 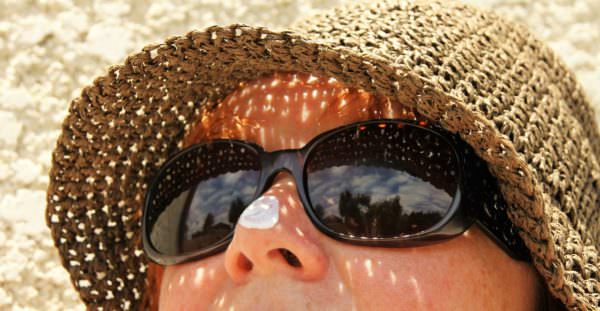 I’ll just tell you upfront that sunscreen is not my number one recommendation for prevention of skin cancer.

Nor is it my second recommendation either.

I prefer to avoid peak sun hours and use sun protective clothing like rashguards, hats and sunglasses. Why? 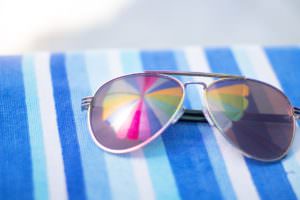 And in fact, a new study (presented at the American Public Health Association Annual Meeting on Nov 19, 2016) shows that sunscreen did not have the ability to reduce future melanoma risk.

466 children (enrolled in the study at age 6) were followed for almost a decade (through age 15) and with a detailed report of annual sun exposure and sunscreen use as well as annual skin exams, which identified and documented skin lesions.

This is the longest term study on new mole development ever conducted. And unfortunately, the results reveal that there was no association between sunscreen use and subsequent development of new pigmented lesions.

Meaning sunscreen use did not protect from or decrease the likelihood of developing pigmented moles (a marker of melanoma risk) at all.

While sunscreen may be protective against other forms of skin cancer, this news is upsetting because over 75,000 cases of melanoma are diagnosed every year just in the United States alone, and melanoma is a particularly aggressive form of cancer.

But I’m not surprised. To understand why the most common sunscreens (which is are all chemical based) are not preventing new pigmented lesions from arising, you have to understand how chemical sunscreens work:
Physically blocking sunscreens, such as titanium dioxide and zinc oxide, are different. These physically sit on top of the skin and literally block UV radiation from even reaching your skin. This is the type of sun protection you want.

Today I give you 5 ways to stay protected in the sun in a way that will truly protect you: 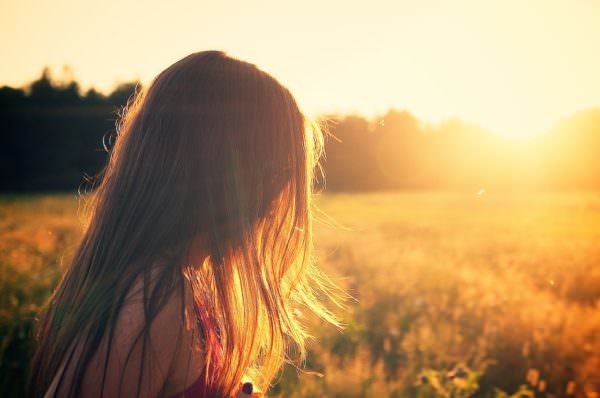 Top 5 Things You Can Do To Decrease Your Skin Cancer Risk: 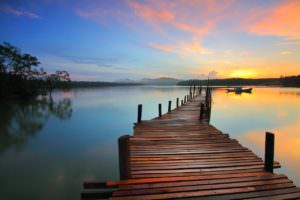 The most important #1 way to protect from ultraviolet exposure is to avoid the sun during the peak UV hours in mid-day.

There was a huge medical study that backs this up… Sunscreen was third in order of most effective ways to protect yourself from sun damage and skin cancers.

The ultimate solution, when possible, is sun avoidance during peak sun hours (10AM — 4PM) â€” this is infinitely better than any sun protection.

You want to get some incidental sun exposure on some exposed skin daily, but to decrease the UV intensity you want that exposure to be in the earlier AM or later PM hours! 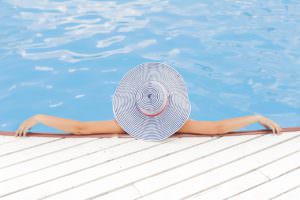 The second best way to protect from the sun, if you are going out in the peak hours, is UV protective clothing. Rash guards, hats, sunglasses.

Be certain to protect your eyes by wearing UV protective sunglasses, dear reader! UV exposure is one of the leading causes of lens opacity (cataracts) as you age. You can prevent this by diligently protecting your eyes. 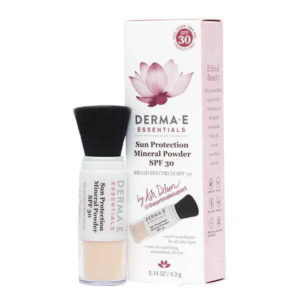 A non-nanosized, non-chemical based sunscreen is what I put on my own face every single day.

If you like a lotion, this one is my absolute favorite. It goes on easily and with less white residue than any other physically blocking sunscreen I’ve tried that is not nanosized.

If you like a powder, this one is my absolutely favorite. It is the ultimate in portability (won’t spill in your purse or bag!) and is so easy to apply.

4. Take Curcumin To Protect Against Melanoma 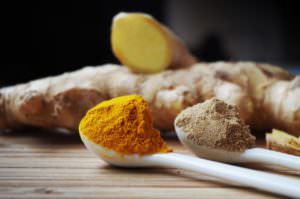 Did you know that Curcumin actually kills cancer cells in laboratory studies and has been specifically shown to target and kill melanoma cancer cells?

Read this study published in the International Journal of Cancer in October 2016 for a good overview on what we know about curcumin and melanoma so far.

If you want to add the anti-cancer benefits of curcumin to your health regime (which I highly recommend if you have any personal or family history of melanoma or even if you just have a history of intense sun exposure) I recommend taking a pharmacy grade supplement that couples a 500 mg dose of curcumin with bioperine to help increase the bioavailablility and absorption of the curcumin.

5. Use Vitamin B3 to decrease all other forms of skin cancer 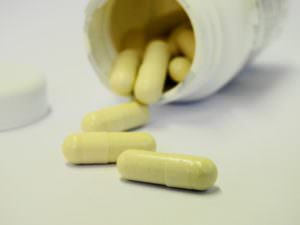 Clear evidence that a simple vitamin can be cancer preventive:

Presented at the American Society of Clinical Oncology (ASCO) 2015 Annual Meeting in May 2014, Vitamin B3 has been shown to be a safe, effective way to reduce your risk of recurrent skin cancer.

Researchers looked at over 380 patients with a prior history of non-melanoma skin cancers, giving half nicotinamide supplements and half a placebo, and followed them for a year. They found the patients in the Vitamin B3 group had a quarter less skin cancers total (a 23% decrease) than control patients:

Nicotinamide enhances DNA repair in skin cells damaged by UV light, as well as boosts the immune system and prevents the suppression of immunity by ultraviolet radiation. (Nicotinamide has other benefits as well, including preliminary studies showing a boost in cognition… helping to restore cognition in Alzheimers!)

So… if you have a history of serious sun exposure? Or a history of previous skin cancers? Or you just want less unsightly actinic keretosis popping up in the future? Vitamin B 3 offers 100% all natural holistic chemo-prevention! Vitamin B is safe, inexpensive, proven.

Find my favorite Vitamin B3 and Curcumin supplements in the Skin Health section of my online dispensary right here:

Enjoy that life giving, mood boosting, beautifully warm radiant sunshine this summer, but do it in a way that protects your skin from too much exposure: 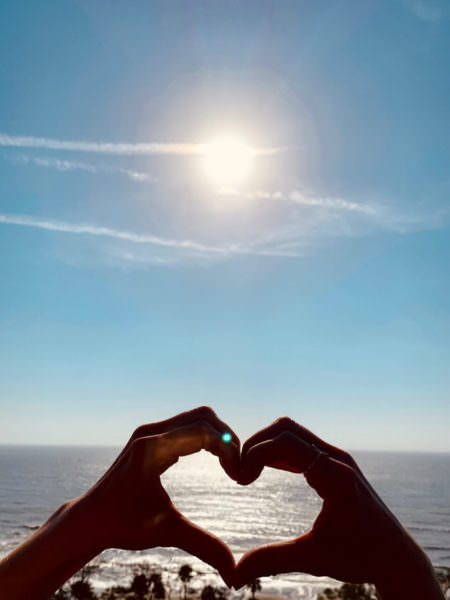