8 Proactive Ways To Protect Against Ebola

You’ve likely heard that the very first US Ebola patient died this early this morning.

And if you are like most people, this brings up some underlying anxiety about health in general, epidemics, and communicable illness.

I’ve seen enough tweets, FB posts, and gotten enough concerned emails in my inbox that I thought I would release a special blog post to help give you a bunch of positive, protective things you can do RIGHT NOW to proactively feel empowered, instead of worried.

My collegue Dr. Sinatra (who appeared alongside me in the documentary The Grounded and the sequel The Grounded 2, internationally known as Heal For Free) wrote a fantastic article on Ebola and I agree with almost everything he wrote, except for the fact that I believe Ebola is more easily transmissible than he is reporting.

Natural News also has a great article out that is worth reading as well.

But both of these articles are missing a few key things you can do right now to boost your immune system and decrease your chances of any and ALL viral illnesses this fall and winter — Ebola included.

So today I give to you — 8 ways to protect against Ebola.

And really, this Ebola epidemic is just serving to heighten our awareness of things WE *CAN* DO to prevent the spread of disease, to strengthen our own body, and to teach our children how to take charge of their own health.

I predict that because of the heightened concern over Ebola, the more steps we are all taking to reduce the transmission of disease and the more we are proactive about the health our own immune system, the less viral illnesses we will get… reducing the enterovirus and the flu and the UTIs and other viral infections we might have otherwise gotten this winter.

It’s possible to make this winter be the winter that you are so aware of your inner health that you don’t pick up a single viral illness, no matter what sea of disease you navigate as you go through your normal life this season.

I started off with the hardest one (for me at least!) because sugar directly suppresses the immune system and leaves you more susceptible for picking up communicable illness.

I have a massive sweet tooth — I’m taking L-Glutamine in order to decrease my sugar cravings and you can too.

Give less sugary snacks to children when you send them off to school and you will be ensuring that thier immune system stays as high as possible when surrounded by their classmates germs. 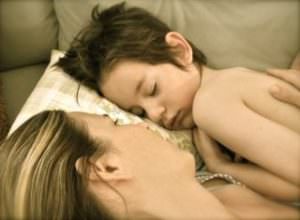 You NEED restorative sleep at night to keep your immune system working optimally during the day.

Nighttime is a time of not only repair and process and release but also a time of resetting to meet the next day. Studies show that sleep deprivation causes everything from slowed metabolism, to brain atropy, to decreased immune response.

Have a goal of 9 hours of quality sleep a night if possible — invest in an Earthing product or take some melatonin if you have trouble sleeping deeply at night. Here are more tips on getting a restorative night of sleep…

3. Allow yourself to retain some extra weight.

This is a little known fact but as I blogged about a few months ago, having extra weight on helps you survive overwhelming infection.

There is a reason that newborns and the elderly are the most likely to die from the flu and other viral illnesses — their energy and metabolic reserves are generally less than that of a vibrant strong older child and adult.

Especially in the winter, we are meant to have a little extra cushion of weight to hibernate on.

Allow yourself this — now is not the time for starvation diets.

This is a wonderful antiviral remedy that you can use immediately after a suspected exposure to a viral illness.

If you found yourself standing next to someone in line who coughed nonstop over your shoulder — go ahead and spray your oral mucosa with some colloidal silver and instantly decrease your chance of picking up their pathogen.

You can find colloidal silver in convenient sprays that you can keep at your desk at work, in your purse, and in your suitcase to use as protection during travel.

At least 70% of our immunity starts in the gut — but I still have yet to see other health care practitioners recommend daily probiotics as a way to protect against viral outbreaks such as Ebola (??? umm… why???)

I would add probiotics into the list that Dr. Sinatra set out and I highly agree with his recommendation to take Vit C and Vit D daily as well. 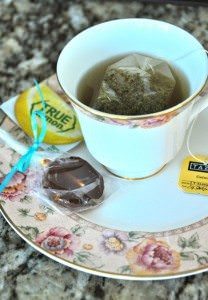 Eating immune boosting foods such as garlic and oregano can help you boost your immunity to viral illnesses naturally.

Cinnamon and raw honey are both highly anti-viral as well, and have the ability to stop viral illnesses in it’s track!

Try this recipe daily to boost your immunity and take an extra teaspoon full whenever you’ve had a known viral exposure when out and about in your community:

This makes three servings — enough to take three times a day during known viral exposures or at the onset of any viral symptoms.

You can eat a teaspoon of this cinnamon honey straight, you can use it in your nightly or morning tea, spread over toast (the perfect winter breakfast!) and you can use it to dip fresh fruit into for the added anti-oxidant boost!

This is one antiviral remedy that children ususally take with a smile. (Do not give honey to children under 1 year of age.) 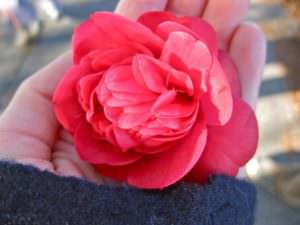 The #1 thing you can do, even if you can’t do a single other thing on this list,

is WASH YOUR HANDS!!!

Wash your hand before eating, before touching your face, before rubbing your eye, after blowing your nose, whenever you come home from being out and about, and before bed.

Just washing your hands more frequently than ever can be the one step that prevents the widespread epidemic of ANY viral illness, including Ebola.

The most upsetting truth about Ebola (and other viral illnesses) is that you can contract Ebola directly through bodily fluids.

And that’s not just obvious contamination you can likely avoid, of blood and breast milk and feces and urine.

It can also be transmitted through more *invisible* bodily fluids like the sweat left behind on a chair back, urine on a toilet seat, saliva sneezed all over a public keypad.

The Ebola virus, like any virus, can stay alive in these fluids for minutes to hours and are eventually deactivated by time and environmental factors such as sun exposure.

But while the fluids are still moist — there is still living virus in it.

The point isn’t to become fearful of every single person and every single surface you encounter, but to proactively boost your own health so that you could walk directly through an entire street of people coughing actively from Ebola and still not get it.

This is absolutely possible.

Exposure does NOT equal active infection.

In fact, the Ebola virus isn’t even contagious until a person exhibits symptoms.

So… if someone is non-symptomatic (no fever, headache, abdominal pain, vomiting, diarrhea, bleeding) than you can not contract Ebola from them.

But the reality is that you are likely to encounter someone with a headache today.

Or someone feeling nauseous.

And instead of feeling like the next victim of this or any other illness, you should *know* that our bodies absolutely and 100% have the ability to be exposed to nasty viral illnesses and NOT BECOME ILL WITH THEM. 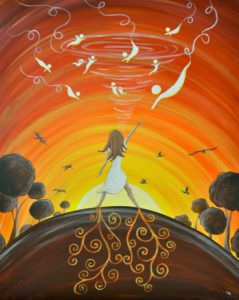 This is natural for us.

It is natural to be surrounded by pathogens, including viruses, and to NOT BECOME INFECTED BY THEM.

Follow the previous 7 steps listed above and #8 — stop worrying — will take care of itself.

If you can help share this information with others than together we can help stop the spread of Ebola before it has even begun.

The key is empowering each other with positive, helpful, supporting things that we can do every day to dramatically decrease our chance of becoming sick with communicable disease.

It’s not realistic to sequester yourself away from all exposures.

A much more empowering and healthy choice is to walk with the health confidence of believing in your own innate power to be exposed to illness and not personally contract it. 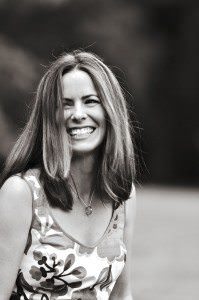 Let your body do what it does best — ward off infection and keep you healthy.

This is what your immune system is made for.

And these are the ways you can optimize that process.

With much love and faith in your Well Being…