Coffee Decreases Your Risk of Diabetes 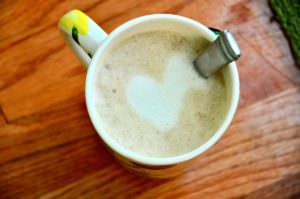 Published 3 months ago (April 2014) in Diabetologia, a new study found that drinking more coffee can dramatically decrease your risk of developing type 2 diabetes.

This was a huge longitudinal study, looking at whether increasing or decreasing your coffee or tea intake changed the subsequent rate of type 2 diabetes development.

Turns out, the answer is yes!

Although several large studies have previously shown that coffee drinkers have lower rates of diabetes, this study was novel in that it followed large cohorts of people who changed their coffee or tea intake, and then followed their actual diabetes conversion over a 4 year time period and compared it with participants who did not change their coffee or tea intake during that same time period.

Here is what they found:

SO… coffee consumption alone makes almost a 40% difference in whether or not you develop diabetes type 2 within the next several years of your life.

That there is a holistic, all natural thing you can do to cut your risk of developing type 2 diabetes by more than a third… is such huge news.

This is such a do-able, easy intervention to make for those at risk for Type 2 Diabetes, please share this positive health information and pass it along.

Keep in mind, researchers were focusing on cups of *coffee* — black coffee or coffee with small amounts of milk and sugar, not huge sugary blended latte-frappinchino-with-whip concoctions.

But the bottom line, no matter how you take your coffee, is this:

Moderate coffee consumption between 3 – 6 cups of coffee a day reduces risk of diabetes — and quickly!

Within just a handful of years there were statistically significant results that emerged, influencing your diabetes risk by up to 40%.

And this was a huge study, looking at over 400,000 people over 4 years… that’s 1.6 MILLION person-years of follow-up providing this data.

The researchers from this study conclude that coffee should be seen as a healthy part of an overall good lifestyle, including not smoking, being physically active and consuming healthy foods.

Coffee has head-to-toe benefits… it seems to increase cell turnover and support cellular function across the board, including:

1. Skin — reducing basal cell carcinoma (the #1 cancer in the WORLD)

2. Brain — reducing Alzheimer’s dementia and possibly being the world’s best study aid ever

Enjoy your morning coffee today, knowing it does a body good.