This post could also be called Part Two of the post I wrote explaining the recent findings of cell phones disturbing brain metabolism. What do cell phones and the microwave have in common? Let me start at the beginning.

For us, it’s not the radiation issue… although non-ionizing radiation isn’t turning out to be as safe as initially thought. I’m not worried about standing near a microwave and I don’t mind knowing that when I eat at a restaurant, much of what they serve has been quick-zapped in a microwave to reheat.

For us, it’s the affect the microwaves have directly on the food. 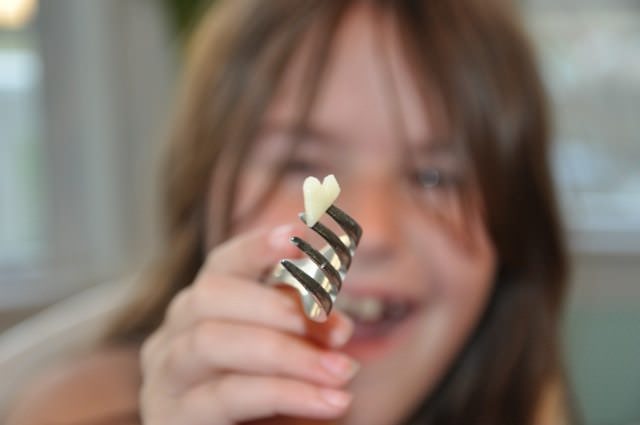 For the same reason, the radiation used in microwaving has fallen under scrutiny again. Microwaves work by causing food molecules (specifically, the water in the food) to vibrate and create thermic heat. While this is old news (and honestly, ALL food heats up by heating up the water molecules in food, the microwave just does it faster and is more disruptive, with more vibration among the food molecules) scientists are beginning to understand it is more than just the thermic heat causing a change in the food that is microwaved.
It all started to gain press in 1992, when doctors at Stanford University found that breast milk that was heated by microwaving lost its protective properties… microwaving disrupted the immune boosting effects of the breast milk out of proportion to the effects of high heat alone. So it was something more than just the thermic heat on the breast milk that made the immune protective elements and vitamins of the breast milk decline dramatically.

There was also a highly publicized case of a woman who died in surgery after a nurse microwaved the blood used to transfuse into her, instead of heating up the blood normally. The microwaved blood, it was suggested, did not act as normal blood and caused death.

Fast forward to now. Lots and lots of awareness about the damaging effects of radiation from the sun on unprotected skin. More and more information is coming to light about the supposedly *benign* effects of non-ionizing radiation… hence the cell phone study… but for me it goes beyond the radiation exposure.

It is the damaging effect of microwaves on the nutrition of the food. Beginning with that initial experiment on human breast milk, many other studies have now shown that microwaving ruins the vitamin content of the food we are heating.
All methods of cooking thermally heat the water in the foods, and all methods denature proteins and destabilize vitamins. But microwaving is approximately 9 X more destructive than heating in more conventional methods (oven, stove top, steaming, grilling, etc…)

It is pretty much the exact opposite of a raw diet. In a raw diet, you are trying to eat the majority (if not all) of your food in its raw form, which theoretically provides you with the most live, active, nutritious form of the food you are consuming. With microwaving, you are (in ways we have yet to understand) denaturing and destabilizing the nutrition right out of the food. Congratulations, we are the only species on the planet who nutritionally deadens our food before we consume it.

It seems pointless to me to take the nutrition out of our food before eating it. Especially just to use something that is completely optional and non-necessary, like a microwave.

We donated our microwave to Goodwill years ago and the transition was surprisingly easy. In fact, the only thing I miss about it was the conveinence of popping popcorn and melting butter. That’s about it. For the popcorn, we are loving the switch to our hot air popper — it reminds me of my childhood… oh how I loved to stand next to our hot air popper and watching the popcorn popping over the edge, stealing a piece here and there, and smelling the freshness!

Switching to a hot air popper has also opened me up to experiences I wouldn’t have thought of otherwise, like growing our own popcorn! Yes, it is sooo easy to grow — you just grow the corn like you would for any other corn (making sure to use heirloom popcorn seeds… we love this one from Baker Seeds) and then after harvesting the ears, let the ears of corn dry in a dark closet for two weeks… shuck the kernels into a jar and use like you would any other popcorn! We did Dakota black popcorn last year and it was amazing… we are trying strawberry popcorn this year. I’ll keep you posted on how it goes as the season progresses! 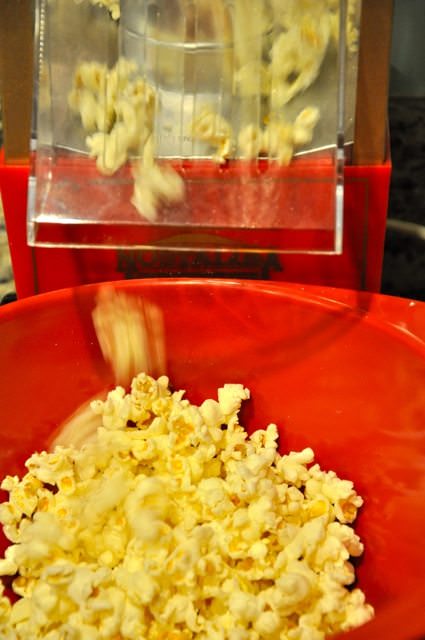 The other thing I missed was the simplicity of melting butter. For this, I’ve discovered using my electric fondue pot is almost as quick as a microwave and so very very easy to clean up afterwards. I have this one and really love it for butter, chocolate, cheeses, etc…

I can promise you that you won’t miss your microwave as much as you think you will. But if you do want to keep using it, there is one thing that microwaves are good for — sanitizing your kitchen rags and sponges. Makes sense, doesn’t it, that the damaging effects of the microwave are perfect for killing the bacteria on your kitchen rags. A few seconds in the microwave is enough to denature and kill all common household bacteria. Yet more reinforcement as to why I do not want to treat the nutritious food that I work so hard to prepare in the same manner!

I’m not paranoid about it. I full enjoy eating at restaurants and understand the food there was likely nuked. When I eat out, it is for a treat… and as such, I’m not necessarily eating out for the nutrition value of the food but more for enjoyment and family time and the ease! So for those times, I don’t mind if the vitamins in the food have been dramatically reduced, I just want to connect with the folks I’m eating with. But at home, on a regular basis, I have no interest in nutritionally deadening my food, or the food I serve my children.

Even if you love your microwave, here are some very basic guidelines to consider:

1) Never re-heat take out food in the container… they are not microwave safe (meaning that when you heat it, the plastic from the container leeches out into the food that you consume.)

2) The same thing goes for condiments and most syrup containers… mustard, mayo, cream cheese are not microwave safe, as well as re-using old yogurt, margarine and whipped topping containers… just not safe and not meant for microwave use.

3) Do not microwave in plastic bags, like grocery store bags, bread bags, produce bags. No plastic bag is microwave safe.

4) If heating microwave meals that come in a plastic tray, instead of using the tray, put the food in a glass or ceramic container. At the very least, never ever re-use the tray, they are not safe for using more then once and the product packaging should say this. Also, I would highly recommend removing the plastic film on top of the foods entirely, instead of just *venting* it.

5) Never microwave foods in plastic wrap/saran wrap/cling wrap. Never.
I hope that helps explain why we chose to toss our old microwave. Most folks assume it is from the radiation, and feel that it is a bit over-kill to toss out a microwave based on the fact that it is non-ionizing radiation. This has come up for question as we find out more and more about the damaging effects of other forms of non-ionizing radiation, including the effects of the sun and of cell phone use. However, for us, it’s more a question of destabilizing the vitamins and nutrients of the food that we use. After growing the food organically on our land, or purchasing expensive organic foods at the market… and after spending precious time preparing the foods and creating a meal, the last thing I want to do is thwart my efforts by taking 97% of the antioxidants out of it.

What say ye? Are you considering decreasing your microwave use? Have you already? Has it been a hard transition? Share your story and inspire others! Also, if you have any questions about how I heat foods now without my microwave, I would love to answer them below! xoxo