Stunning Results: Complete Resolution Of Irritable Bowel By Eating This

Eating this one thing:

can result in complete resolution of irritable bowel syndrome symptoms.

This is type of overwhelmingly complete response to a treatment is unheard of, and quite honestly, I’m surprised it’s something that the medical community will publish…

… since there is absolutely no Rx medication or over-the-counter pharmacy remedy that comes anywhere close to providing the 100% complete remission results seen with homemade yogurt.

Not only did eating homemade yogurt daily make a full remission possible — it actually made a full remission PROBABLE — as over 89% of IBS patients (some who had been suffering without improvement despite medical treatment for IBS for over a decade!) experienced COMPLETE RESOLUTION of their symptoms within just 6 months.

The study (reported at The World Congress of Gastroenterology: Abstract P1152, on October 16, 2017):

The vast majority of patients who consumed homemade yogurt daily

The authors of this study offer this simple, cheap, and mind-blowingly effective recipe for curing your gastrointestinal woes with easy to make, inexpensive homemade yogurt:

To me, this is basically the medical community proving that IBS is 100% related to gut flora. So all of their IBS medications (like anti-diarrheals, bile acid binding agents, anti-spasmodics, muscle relaxants, laxatives, anti-depressants and more) all completely miss the mark… and come with side effects as scary as ischemic bowel disease.

All of this, back to back with the study I told you about last year that proved that yogurt lowered body fat and increased bone density!! Presented at the American Society of Bone and Mineral Research’s Annual Meeting (September 18, 2016) researchers showed that all it takes is consuming yogurt to positively impact bone density and decrease body mass index.

And this boost helped protect against bone loss over time.

So just yogurt… rich with probiotics… helps to increase bone strength, protect bones over time, keep body fat lower and lower BMI measurements totally independently of any other factor that could account for these differences, such as exercise or total calcium intake. 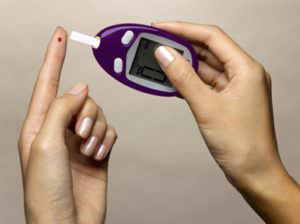 This study comes on another study which revealed that consuming dairy actually helps decrease diabetes risk!

And, as I blogged about over four years ago, probiotics have positive mind and mood enhancing effects as well (which is a big deal since about one in every ten Americans now takes an antidepressant, and antidepressants are the third most prescribed form of medication.)

The natural flora of the gut is diminished in depression, and restoring the natural vitality and variety of healthy organisms in the digestive tract is a very powerful way to improve outcome in depression (and other mood disorders, such as anxiety.) 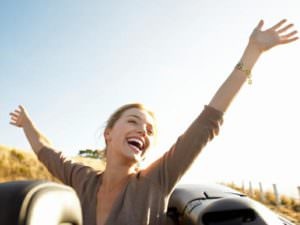 Yep, you read that right, probiotics (like those found in yogurt) lowered blood pressure by an average of 5.8 mmHg systolic pressure.

This is a very clinically significant improvement in blood pressure, as previous studies have shown that changes as small as a 3.3 mmHg reduction in systolic blood pressure is enough to create a 22% decreased risk of cardiovascular mortality, heart attack and stroke

So these results have huge implications on a massive scale, decreasing health care costs and burden and imparting important widespread public health benefits.

All from simply consuming probiotic foods… something you can do right now to support the health of your body from the inside out, head to toe.

No time for making homemade yogurt?

At least give your gut, mind and body the support of a high quality probiotic.

Find my very favorite, most clinically tested and effective supplements in my online dispensary here:

Everything… everything… from your outer skin to your inner intestines, from your mental state to your heart attack risk, can be positively impacted by consuming probiotics.

To your gut health and beyond!

P.S. What are some other awesome things that eating yogurt daily can do for you?

Hop over here to check out these articles I’ve written for you: